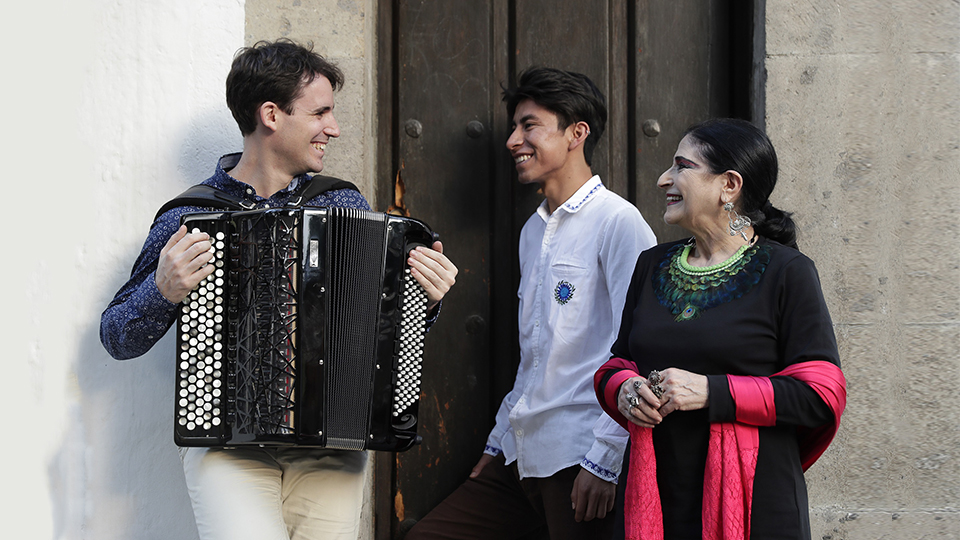 500 years after the conquest of Mexico by Hernán Cortes in 1519, pre-Columbian civilizations still appear very present in today’s Mexico and in the imagination of its contemporary composers.
Cantares Mexicanos is a collection of poems in the Náhuatl language transcribed by the Spaniards in the Latin alphabet in the sixteenth century. These texts, formerly accompanied by drums, give us a glimpse of the complex thought of the Aztecs.
The program makes us hear one of these “songs”, in Nahuatl and in its translation into Spanish, written for the sovereign warrior and poet of Texcoco, Nezahualcoyotl. This poem in five parts makes us travel, at the moment of the Conquest, into the Mexico of the Aztecs which anticipates its future loss and that of the Spaniards, associating lyricism and violence, two characteristics that are found in contemporary mexican creation as well as in the sonic identity of the accordion.
Nahuatl poetry and works by Georgina Derbez, Itzam Zapata, Ana Lara, Javier Torres Maldonado, Alejandro Romero, Jorge Torres Saenz, Victor Ibarra.
Vincent Lhermet, accordion
with the participation of Astrid Hadad and Christian Rojas (narrators).


CD released in 2019 under Tempus Clasico
« … Vincent Lhermet’s sensitive touch and the enchantment of his luminous register. A bookish and poetic incantation of sound intersect and interfere in a surprising way, within a ritualistic space where Vincent Lhermet seems to take on the role of the Shaman. »
ResMusica, Michèle Tosi, 2019
« A beautiful recording »
France Musique, 2019